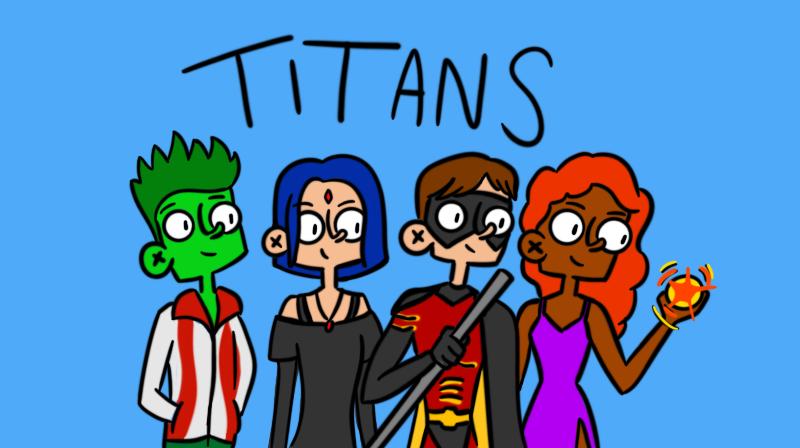 The Teen Titans are my favourite superhero group and I've been watching the dark reboot "Titans" on HBO max ever since it came out and now it's on its fourth season!

As of today we have the first four episodes (there's a new one every Thursday) and let me tell you, they're amazing. Here I'll review the very beginning of the season, so you can expect spoilers from episodes one through three.

Let's get into it!

The Titans are just SO CUTE. They're a family and, even though at first I didn't really like the age difference between the main ones (Raven, Starfire, Garfield aka Beast Boy, and Dick aka Nightwing), the ones that were in the famous 2003 cartoon, now I'm starting to like it, because it makes Dick and Kory the parents of the family and the others are the children.

Also, it deters people from shipping Rachel and Dick, because, as we all know, Kory and Dick HAVE to end up together and same goes for Gar and Rachel.

This last couple is a bit closer to becoming a real couple, but did you see how little hesitation Dick had when Jinx told him that kissing the Kory statue would free her? And am I the only one who noticed that Dick didn't correct Jinx when she said Kory was his girlfriend?

And what about Jinx? I think she's so cool! Ever since I saw her in the original Teen Titans cartoon I liked her and I thought she had potential. I can't wait to see more of her! Also is there anyone Dick hasn't been with? After all, he has been raised by Bruce Wayne. He has that charm.

So much is happening, between Tim training to become Robin with Bernard (btw, do you think Bernard is THAT Bernard? I really hope so!), Superboy's dilemma about his identity, Garfield and the voices he keeps hearing and Rachel who lost her powers and her beautiful purple hair, well... I can't wait to see what happens next!

And you? What do you thik? Do you like this season? Let us know with an e-mail to [email protected], or a DM to the Intagram page @onair_radioimmaginaria!