Hello everybody! We've reached the end of Lydia's story; a three-part story I've written. If you haven't read the previous two parts, you can read part one clicking here, and part two clicking here.


Lydia Bure was running as fast as she could behind a moving train. Her fingers brushed against the little balcony that was behind it. If only she could get a firm grip on it she could jump on it, escaping her brother and her terrible town. She was so close...

Lydia was keeping up with the train, but she knew she couldn't last for long. Her legs were so sore and silent tears were starting to stream down her face. Larry; her brother, was being awfully quiet. He was running behind her; she could hear his footsteps, but he wasn't screaming insults at her.

He was probably just waiting patiently for her to give up and fall on her knees. Then he would've taken her to her father, who'd probably lock her in her room forever.

Larry never lost an occasion to torture her; why was he staying silent? Lydia got her answer right in that moment.

"Why are you running, little sister? You know you will never escape. You are part of this town, no matter how far you'll run away. You have it in your blood. You're going to get hurt out there and when you will you'll come back here and keep your head down. You're never going to be free, you're not strong enough." he screamed. 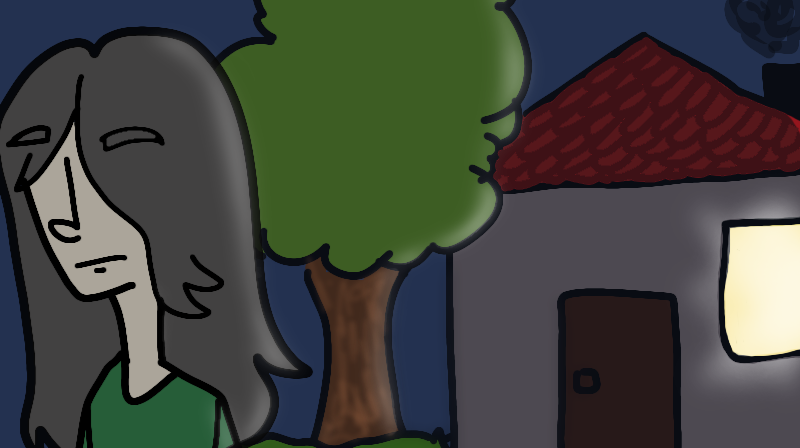 "Don't give up." at first Lydia thought she was dreaming. That was her mother's voice! She hadn't heard it in a long time, but she knew it was hers. She had disappeared when Lydia was just a child. Her father had married another woman shortly after and Lydia got along with her. She even called her mother. But she had always missed her real mother. She had never seen her again, until that very moment.

Lydia raised her head and gasped, almost losing her pace. Her mother was standing on the little balcony. She was offering her hand to her. Her right eye was green like Lydia's and Larry's, but the left one was purple. Lydia had always thought that her mother was magical, but now she was certain. She was there!

"Mo... mother?" said Larry. Lydia heard him stumble and fall down. She was free! Well, except for the fact that she still wasn't on the train.

"Jump, Lydia, jump!" screamed her mother. She did it. With her remaining strength, Lydia jumped. Her mother caught her and helped get on the train. She hugged her tightly. Lydia buried her face in her mother's hair and cried her heart out. She was so exhausted that she fell asleep.

Lydia woke up the next day on a bench. She stood up and discovered she was in a train station. She was alone.

Lydia opened her purse and found out that somebody had written on her piece of paper. It was a message from her mother.

"My dear Lydia,
I'm happy I got to see you. Unfortunately it has been our last time seeing each other. You see, my dear, I'm actually a witch. We can't spend time with humans; let alone have children with them. Magic shouldn't be mixed with humans. Bad things happen when they get mixed. Larry didn't get even one bit of my magic, but you... you, my dear, are very magical. And that's why you can't be here anymore.
Goodbye, my darling."

Lydia hugged the piece of paper and looked up. A single tear escaped from her eyes. She saw something shine in the sky.

Illustrations by Gabriela
away
creepy
detective
freedom
future
lydia
magic
news
running
story
Did you like it? Share it!