I'm sure we all mean well when we throw plastic in the trash can, and we make the effort to do the separate collection. What I think we all should know is that, as we can read in this article by the BBC, only 16% of the plastic gets recycled. That's because some plastics contain some materials that are incompatible with other plastics, or maybe the wrong colour etc.

As Katherine Latham shows in this article, this is because the standard recycling system aims to turn plastics into other plastics. But there is another kind of recycling that would just turn plastics back into oil, and this would allow to then build plastic again. This is called chemical recycling, and it would create a sort of "infinite plastic".

It basically works like this: imagine you have a loaf of bread that you don't eat. It goes stiff and it's uneatable anymore. Instead of throwing it away or use the already made loaf of bread you have in some other recipe, you someway find a way to turn that loaf of bread into flour again, so that you can make other loafs of bread from the one you already had. Wouldn't it be cool? 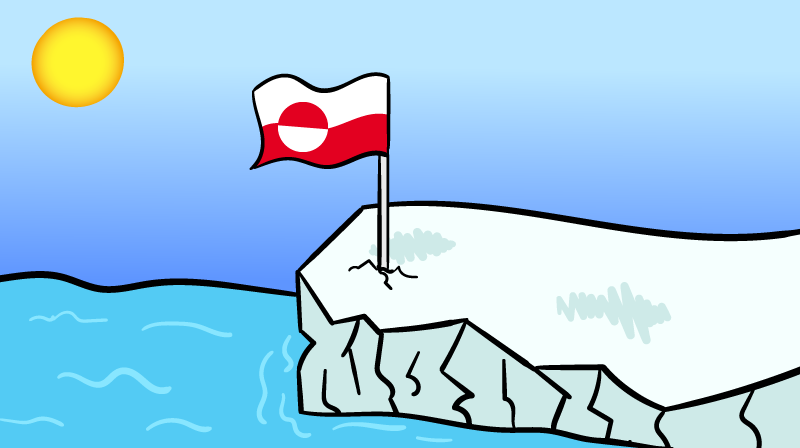 We're back talking about ices melting: this time it's about Greenland. As we read on this piece by The Guardian, a new research shows that Greenland is now at a tipping point after which its melting will be accelerated even if we somehow manage to halt global heating.

Right now the situation is that rising temperatures have already caused the melting of trillions of tonnes of the ices in Greenland, and if the ice sheet were to melt completely the sea level would rise of 7 meters.
And it could be even worse, as the research is not sure this tipping point hasn't happened yet. What the Potsdam Institute for Climate Impact Research knows though is that the chances of getting closer to crossing the tipping point will increase if we keep our CO2 emissions at this rate.