Trump has Covid: what now? 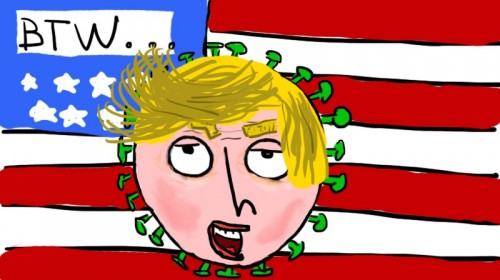 Have you seen the news lately? I hope so 'cause right now there is such a mess around the world that instead of watching soap operas you could just read a newspaper. The amount of drama is at the same level. Of course, as drama queens as they are, the USA are once again at the centre of attention. Protests everywhere, political debates which looked like a kindergartens' fight and last but not least Trump tested positive to the 'Chinese virus' (cit. President Tump). You could only imagine the chaos that news created.

His supporters are very worried about him, but they are lucky since they receive updates via some Instagram posts and the unmissable tweets. The question though was and still is: now that he has Covid and can't live the White House what happens? For those who have been living in bunkers during these couple of months, in November people will have to vote for a new president. Yep, four years since the last time have already passed. These months are crucial for the electoral campaign: Biden and Trump are busy as hell making debates, yelling at each other and convincing popstars to make Instagram posts about them. Very heavy job. 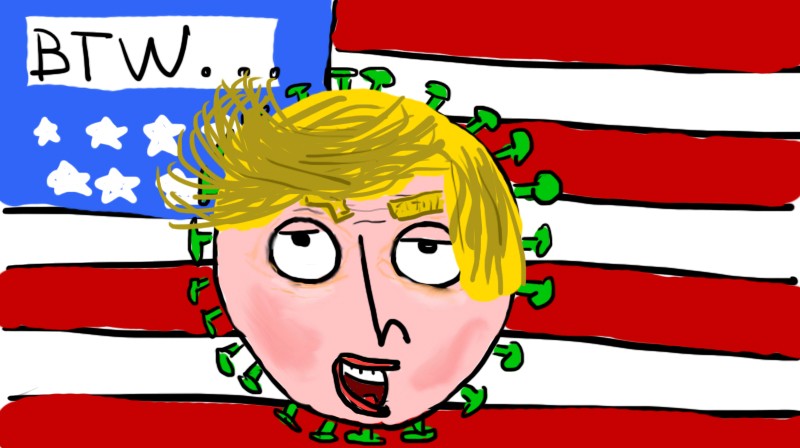 But jokes aside, what now? First of all goodbye rallies. During the electoral campaign it's use to organise big gatherings of people and having speeches over the things they would like to do if they won the elections. Of course because of Covid these events have been reduced and fewer people were allowed to attend, but now the President is sick they are being completely cancelled. The only thing Trump can do now is continuing his campaign online. I mean, for him shouldn't be so difficult seen his ability with social networks. No more debates as well. On the bright side, after the last one it's better so for both candidates.

So is President Trump's campaign doomed? We don't know for sure. There is always so much drama that victory is far from certain for either Trump or Biden. It's true that the President has gone through a great deal of troubles and criticism during the toughest times of the pandemic but who knows? Plot twists are always around the corner.
Illustration by Andrea
covid
detective
investigation
trump
Did you like it? Share it!