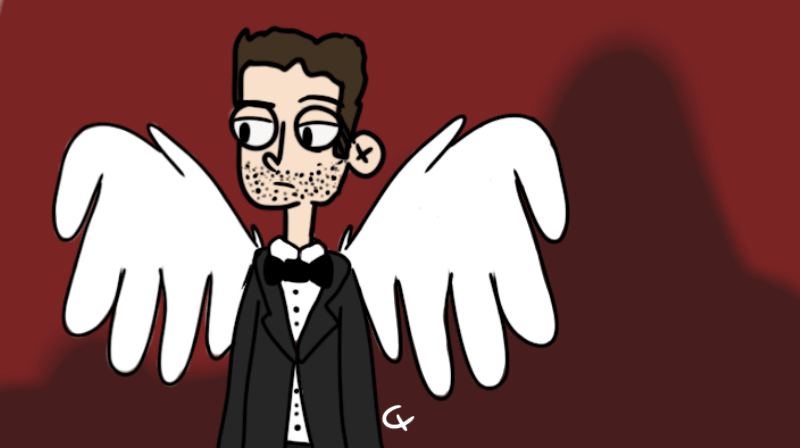 Sooo here I am with another review. I know, I'm now getting the feeling that I might be watching to much tv, but I can't help it if I'm bored.

During the month of August looots of new things have come out on streaming platforms and the one I was looking forward to was the fifth season of Lucifer.

For those uncultured of you who haven't watched it yet, Lucifer is a Netflix series which aired for the first time in 2016 based on a comic book. It talks about the Devil (guess what his name is Lucifer) who decides to take a break from being the Lord of hell and takes a vacation in Los Angeles. For a series of coincidences he gets to know a LA detective whose name is Chloe and they start to work together. Could you imagine the devil solving crime? Of course, what good could come from leaving hell unattended? None, believe me. Demons, angels, biblical figures start to walk on earth causing lots of troubles. And of course to everything that happens is added a sprinkle of romance.

Now, if you haven't watched it yet or if you still haven't seen the last season, turn your phone off and go watch it. Be careful that if you choose to continue reading, you may meet some spoilers.

So what about the fifth season? FINALLY we got it. We were left with Lucifer returning to hell and Chloe finally admitting her feelings for him. Amenadiel and Linda had a wierd half-angel half-human child and Mazikeen was left by Eve with a broken heart. This season starts two months from this point. Chloe still hasn't processed that Lucifer is gone but life goes on. UNTIL... Lucifer's twin brother Michael (the only difference is the American accent) comes to earth and starts to screw thins up just for getting back at Luci.

Do you want to know what I think?
BOOOOORING

This season is absolutely boring. It's always the same story: the detective solves crimes, Lucifer complicates things, something pops up and holds Chloe back from having an ACTUAL relationship with the devil and bla bla bla. It's almost amazing how the characters keep behaving as they always have, it's a never ending cycle. The dynamics between them is also the same.

AND what is almost worst is that so much happens that the writers/creators of the serie overlooked some important parts. We see Michael in the first few episodes but then he disappears, he doesn't show up until the end, making the audience almost forget his existence. Daniel finds out Lucifer's nature, he freaks out, shoots him and then he also disappears in the fog. There is too much going on and the series can't focus on each character so they're left uncompleted. Moreover the show is becoming more and more cringe.

However I think it's a pity cause the idea behind was very good and it could have been such an amazing series. The only thing that remains good in the fifth season is the biblical and religious interpretation of things. That is still very clever.

Unfortunately it's a big NAY for me.