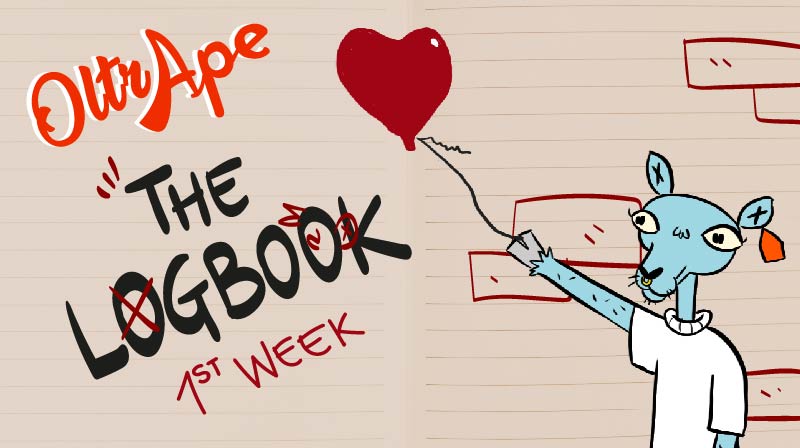 28th of JULY 2020, EIGHT STOPToday we stopped in Bertinoro! It's the last day of the first group, which is me, Leo, Fede and Matteo. We're ready to go back home. This trip has been wonderful and I've learnt a lot of stuff, like fold a tent, guide an old ship in Cesenatico and live the camping life that I never tried before. Since we asked many guys what they think about online schooling, I started thinking too about the school of the future. I think it'll be very hard to keep the distance and keep the masks on all the time, but I still prefer that to online classes.

Between the other things, today we went to an adventure park and it was more of a relax day. We're ready to pass the torch to two other Oltrapers, Finn from Turin and France from Cremona. They will carry on the challenges of this week. The Orange Team is ahead for now, but us Greens really wish to recover! If you want to know how the contest will end stay tuned!
Romeo at the wheel

27th of JULY 2020, SIXTH STOPHey guys! Sassa here. I'm writing this piece with an eye closed and one open because we did a lot of stuff today. First of all we brought the ApeCar in Cesenatico, the 6th stop of Oltrape, our trip around Emilia-Romagna. We delivered the pennant to Matteo Gozzoli, mayor of Cesenatico and we had a visit with Davide Gnola, director of the museum of the navy. We found out the sail of every ship has a badge so they can recognise each other!

At the end of the day we had a tour on ancient ships, I was afraid of falling into the water, so I sat tightly. Romeo was at the helm all the time! During the sailing Giuliano, an ex-fisherman told us some anecdotes about his adventures at sea (check out the video), it was so cool! I often go to Cesenatico, but today it was like I discovered it all over again! I'll go float my mattress now, bye!

Sassa at the wheel

Today we kept going with the survey for Regione Emilia-Romagna about the relationship between teens and school. We went to Eurocamp in Cesenatico and from our surveys it seems that the guys in Cesena/Cesenatico enjoyed the online classes, half of the people we interviewed would like to maintain them and do between 4 and 6 hours of weekly online classes, while the other half would arrive even at 10 hours!

26th of JULY 2020, FIFTH STOPHey guys! I'm Fede, also known as Tarozzi. Today we have been to the Cervia salines, and I really didn't want to go. But then they told me we were going by bike and I lightened up. It was a bit different from the one in Comacchio but they used the same method. The basis is the same: pink water, good salt. The we went to the Cervia port and we recorded the episode and the News service.

It took us at least two hours to prepare the service for he news. It was really long, but then we went out eating the best ice cream so far. I had a lot of fun with my cousin Leo, also because we hadn't seen each other in a year. I'm having a lot of fun also with Romeo, we didn't even know each other up to a few days ago but we're super friends now and the meme of the week is SMATAFLONE, a word that in the Bolognese dialect means slap. We say it to joke around, it's such a funny word!

Fede at the wheel

Anyway our survey for the Emilia-Romagna Region is going on, it's about the relationship between teens and school. We were at the beach and from our survey it seems that:

1. When it comes to choosing a school, teens prefer to ask advice to their families rather than professors.

2. Around Cervia, regardless if they liked it or not, teens are willing to do up to 10h per week of online classes

25th of JULY 2020, FOURTH STOPHey guys, Leo here. Today we viscid the monuments in Ravenna and also the graffiti. Honestly I wasn't vey keen on going but when I saw what's in Ravenna I got curious. This aside, the trip is going really well and I'm having a lot of fun especially because my cousin is here. He's Italian but he lives in Seoul, South Korea because of his father's job. During the year I don't see him very often but the few times we see each other we have a lot of fun and we try to make trouble.

I am also having fun with Romeo, I met him the day before leaving but we weren't friends yet. But after staying with him for a few days we immediately became friends. Overall the trip is going very well!

Leo at the wheel

24th of JULY 2020, THIRD STOPHello!! Today we have been to Porto Garibaldi and we stayed in the fish market. There we had a challenge that consisted in trying to buy as much fish as possible with 10€. After the challenge we visited the old saline in Comacchio, and we risked getting soaked with rain.

In the afternoon we visited the Delta Antico Museum and the factory where they process eels. The trip continues, see you tomorrow!

P.S. While we were moving from the camping to the market a truck overtook us and they risked to collide with the Mucca (one of our vehicles).

Matteo at the wheel

23rd of JULY 2020, SECOND STOPHey guys! Today we have been in Comacchio and we met the people from the music school as well as the Head of Culture Alice Carli. Comacchio is really similar to Venice. Alessandra was our guide and she took us to have a trip with a boat (as you can see in the video). They explained to us how fishing works, the eels and we discovered they can live outside of the water up to 4-5 days!

Something funny happened with our walkie talkies, we intercepted communications with a truck driver who didn't understand who he was talking to!
I think I would never have visited such a place if it wasn't for Oltrape, I consider myself very lucky to having been here.

We'll go on with our trip, see you tomorrow!

Romeo at the wheel

JULY the 22nd 2020, FIRST STOPHey guys! We arrived at the first stop of Oltrape: Ferrara.

Romeo, our speaker from Florence, told us he finds it similar to his city... 🤷🏼‍♀️ In this first stop we met Dorota Kusiak, assessor for public instruction, the Vespa club of Ferrara and Sofia Ilacqua, a 14 years old girl who wrote a poetry book. 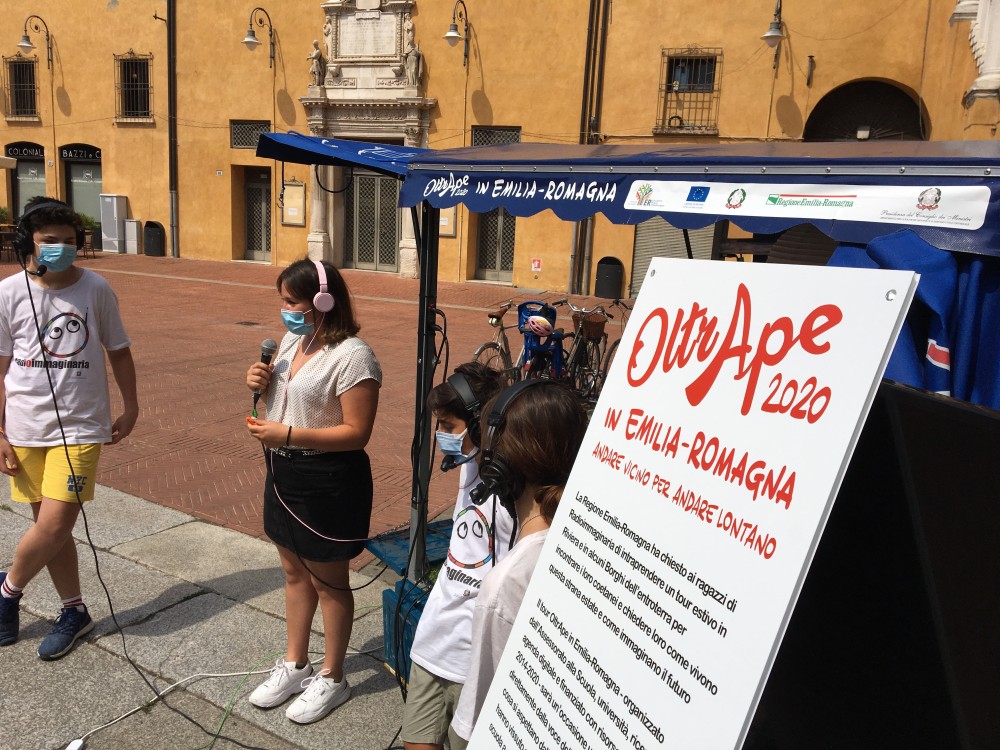 Besides poetry, she got passionate about radio as well and we hope we can open a station in Ferrara soon! We saw a beautiful Banksy showcase and Leo is thinking about becoming a street artist... well if there's anything we learnt today is to read a map, if you don't know how in the video you can find a brief tutorial!

Now we're off to plant the tents, see you tomorrow!
Sassa at the wheel