Why we aren't at war with Coronavirus 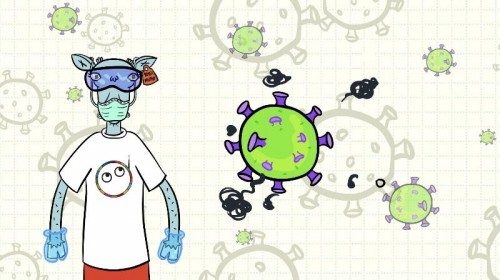 This article is boring.

Just kidding. It's just not like the usual ones. It doesn't report any news, it doesn't talk about films or books, and it definitely doesn't talk about the latest gossips or videogames. I know that if it's not about these things it would probably sound boring to you but it's not!

These last days I've had some time to think about a lot of stuff. Personally, when I have one of those periods when I reflect a lot (yeah, it's very rare... I'm kinda dumb), the flow of thoughts doesn't stop! So since today I'm feeling a little like Joyce, I'd like to write down and leave you with a stream of consciousness... who knows, maybe you'll even like it.

We are all aware of our situation. We are in the middle of a pandemic, we are living our lives locked in our homes and we have a little heart attack whenever someone doesn't respect the minimum distance when waiting in line at the supermarket. Because of what i'm studying, lately I'm following a lot of politicians' speeches, interviews and all of that stuff your parents probably talk about when they invite over their other adults friends. I started to notice, after seeing a brilliant video made by @will_ita (which is an amazing Instagram page), that most of the politicians talk about COVID19 as if it was an enemy, as if we were fighting a war. I mean, figuratively it is an enemy and we all are trying to make it go away, but I asked myself... is it right to use this kind of language?Trump reported, "It's a medical war. We have to win this war. It's very important". Macron during his speech to the nation said "Nous sommes en guerre", which for the dummies means "we are at war". Conte keeps referring to the pandemic as something to fight. And I could go on.

Now, I am totally aware of the fact that these are just ways of saying. There are no soldiers. There are no weapons and there is no physical enemy (at least in Europe and the USA, ya know... everywhere else real wars are still going on but whatever... that's not the point). I get that this kind of talks make people feel better, they feel that everyone is on the same boat, that they're not alone. It is easier to behave against a virus when we start to conceive its idea as human, as something we know, rather than a silent killer which we can't see, touch or fight. However, I'm still convinced that this approach isn't the best.Let's analyse the collateral effects of this pandemic. People are getting crazier. At the beginning of this chaos, a guy in Rome had been beaten up because he was Asian and was accused of having and spreading the virus. He wasn't even from China (not that if he was, the violent act would be justified). Yesterday I saw a video taken somewhere in the USA, where a girl insulted and spit on an Asian girl who was minding her own business. But let's go on with the parade of nonsense. Especially in the US, as soon as the virus landed on the continent, people waited in lines for hours in order TO GET GUNS. What were they thinking? I'll shoot whoever sneezes? With this in mind... is it still ok to talk about war?

Fright is human. Nobody is expecting people not to be scared. We are in a freaking pandemic for good's sake. Yet, fight, war, winning, losing, enemy still evoke a sense of great danger in the back of our minds. Mixing these talks with the craziness going on, is messing up this situation even more. Moreover, if we add to this equation statements which call COVID19 'the Chinese virus' and the huge amount of blame western countries are throwing on Asia I don't see how we are going to be alive at the end of this.War isn't the right way to talk about anything, politics has to get over it. But yes... I'm a teenager and what I said in this article won't end up changing the way Mr. Donald Trump or Giuseppe Conte or whoever address to us talks. However, by changing our way of talking, maybe the difference, even if it's little, will bring some sense in this mad, mad world.
covid19
detective
future
investigation
news
Did you like it? Share it!