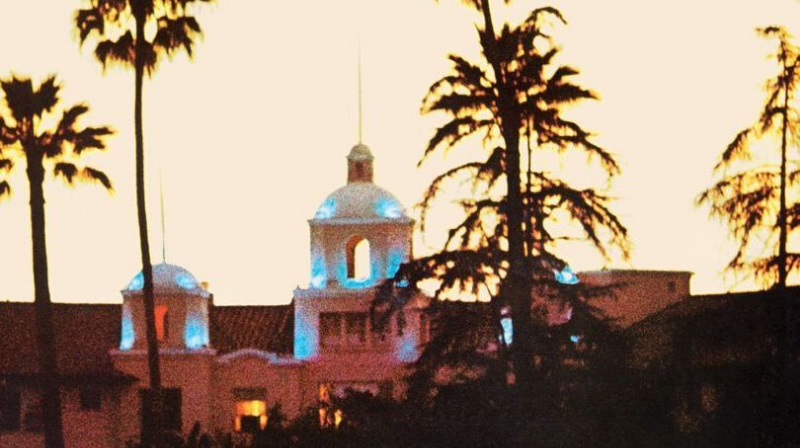 The holidays have already started and since Christmas has already passed I received some new records which I wanted to share with you guys! As you can see in the title, one vinyl I received from one of my best friends is Hotel California by the Eagles. I still haven't heard the whole thing cause well... I received it yesterday but I can say that I'm very excited for that. I have to admit that I only know one song (their most famous one): Hotel California and I've been dying to know a bit more. I'll leave the link to the song here so you can form your own opinion about it!
I am honestly not sure about having understood correctly the lyrics so I'll write here some of the many considerations which have been made over the time and you can write in the comments below if you have different opinions.
Some say that Hotel California is a way of describing the addiction to drugs. In fact some think that the sentence "Up ahead in the distance / I saw a shimmering light" could really mean the temptation of drugs and/or the risk of falling into a wicked way of living. Others instead see the Hotel as the representation of Hollywood and the music industry. The meaning could be that even if Hollywood could seem gorgeous or Heaven, it could lead to great sadness or Hell.
Let me know what you think, see ya next week
eagles
hotelcalifornia
vinyls
Did you like it? Share it!