Is UK leaving Europe for real? 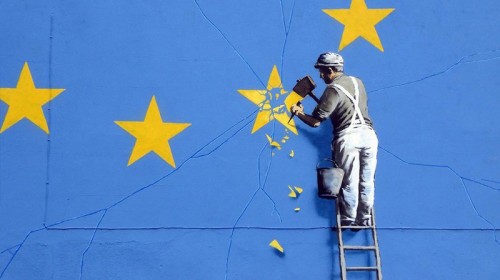 So Boris Johnson won the UK elections, by far.
More or less a week ago the Conservative party, led by Boris Johnson, got the wide majority of the seats in the British Parliament, outnumbering the opposition guided by the Labour party.

This will enable the president to go on with his plan on how to manage Brexit, without the interference of the Parliament opposing. In particular, today (20th of December 2019) the Parliament is supposed to ratify the Brexit deal Johnson has proposed during the past months and that has always been rejected. According to his intentions the UK will leave the European Union within 31th of January 2020, "getting Brexit done" once and for all. A catchy slogan I must say, very appealing, but not quite true.
This message conveys the idea that leaving the European Union is going to be easy and, most of all, quick. Although he now does have more powers than before, and is therefore more free to go on with his project, the whole Brexit process will still take a lot of time. In fact even if the UK was to leave in January, we would enter the so called "transition period", which would last until December 2020. During this time the UK would be obliged to follow some European international laws while negotiating a new trade deal. Again. If an agreement was not to be found, then the UK will leave Europe without one. Doesn't this sound familiar? Kinda similar to No-deal Brexit isn't it? Just me? Ok then...

It is undeniable that Brexit has taken over the political debate in the UK for years now and people are tired of the whole thing, so getting this out of their way would be a blessing. Yet we do have to make sure we know what we're doing. Politicians are trying to let the people feel like they are taking care of the other problems the country has, but it is hard seen the difficulty of managing Brexit, which seems to remain the UK top priority.
boris johnson
brexit
brexit deal
election
eu
uk
Did you like it? Share it!