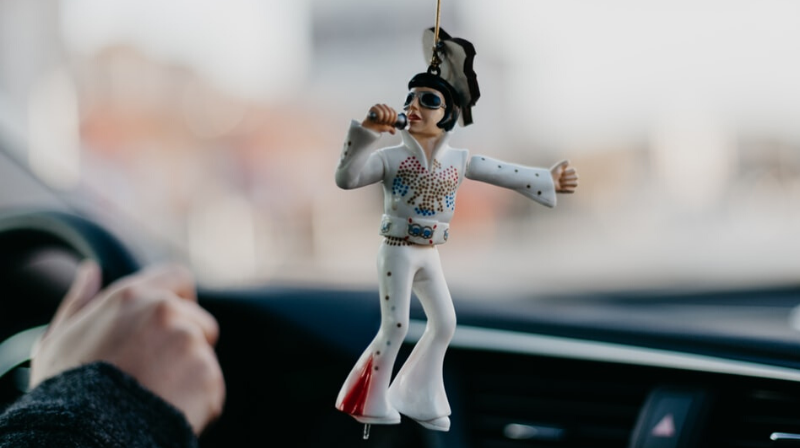 Hey guys welcome back to another Now Playing article!

Today I'm gonna tell you about a vinyl record which is very important to me. I found it at a flea market on a winter day last year and it is special cause it was the first vinyl I bought by myself. It's an Elvis Presley's collection of all his most famous hits. It isn't a proper album but I like it anyways. It has a very uncommon characteristic: it's pink. It might be a useless information to you but come on: have you ever seen a pink vinyl record? I bet you didn't. I think I would have bought it even if it was from the lamest band ever. But back to the music.Except its extraordinary beauty, this LP contains the most beautiful songs by Elvis Presley. As soon as you listen to it you get thrown back in to the 60's with high waist pants with a black and white striped t-shirt on. Of course strictly with black shoes and white socks. My favorite single is "Stuck on you" (here's the link if you want to give it a try) cause it creates such an atmosphere. It makes everybody dance and by saying everybody I mean E-VE-RY-BO-DY. It doesn't matter if you have a broken ankle or if you're in a bad mood, it's simple math: you hear it, you dance to it.Another amazing song is (and here I could sound really cliché but I don't give a care) "Can't help falling in love". It is the most romantic song I've ever heard. It is a pity that it's also the song that everyone tries to cover with their pianos and ukuleles. It has such a simple lyrics and still, it can create such a variety of feelings while you listen to it. If you have never heard it go and listen to it NOW! Where have you lived for all this time, on mars?

That's all for now! See ya guys next week
elvispresly
vinylrecord
Did you like it? Share it!