Our mole at the Venice Film Festival 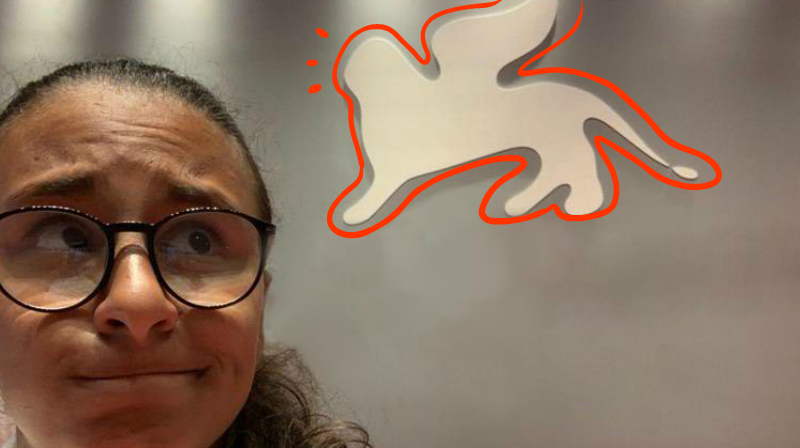 I came back from Venice almost a week ago. If I think about what I did in the last ten days I feel like I have to pinch myself, because I lived in a dream.

I had the luck and the honour of being part of the Jury of the Leoncino d'Oro for the 76th Venice Film Festival. If I was the one reading this article I would probably ask myself "How did you get there?" "Do you need to know someone or pay for a ticket?" but I want to reassure you, none of this happened.What you need is passion for cinema and you have to join the cinematographic project that is proposed by Agis Scuola to every high school. Basically you will have to watch around 30 movies, chosen for us teenagers, in the movie place of your town. At the end of the screening you can participate to a contest in which you have to write down a review for the movies you've seen. The most original ones are invited in Rome where a commission selects a teen per region and gives them the possibility to participate to the Festival as a juror.

But what does being part of the Jury mean? In these 10 days I watched, breathed, criticized, hated and loved at least 4 movies per day. Yes, because we had to assign the Leoncino d'Oro award to the best movie to propose to Italian schools. But in order to do this we had to watch every movie in the contest and develop a certain critical spirit. That's why we had like 4 screenings per day. Two in the morning, one of them was in the contest and the other was an exclusive premiere for the Festival, and two in the evening.In our free time we would go around in the Lido (the place where the festival is). It was really fun to explore the theatres, buy an ice cream in the parks or, taking advantage of our juror passes, wondering around near the red carpet right before actors like Brad Pitt or Johnny Depp walked in to present their movies, or crashing the beach parties and dance like crazy.Very often we had to put aside the few minutes of freedom we had to vote, though. We gathered in the park and gave a mark from 1 to 100 to every movie, justifying our choices and discussing them with the others. I happened to totally change my mind about a movie by listening to my friends' opinions, bc maybe they caught a particular nuance I never even thought about.

In the afternoon we had the meetings with the directors, actors, screenwriters and the distributors. Most of the meetings were just for us, so we could ask whatever we wanted, but we only had one rule: never ask boring questions, and we really worked not to do that. Just to let you know, we asked the Ad Astra (the movie where Brad Pitt is an astronaut) director if he thinks aliens exist hahahaha.The best things were our misadventures. The last day while we were walling in the most famous hotel of the Lido we met the actor Toby Wallace and while we were trying to take a selfie with him, we accidentally spilled a bit of grape juice on his white t-shirt. I really have a lot of things I could say, but a book wouldn't be enough.

But now that I think about it, I realize that what I'm going to miss the most are the other jurors, my travelling mates. It's incredible how cinema can create such strong bonds. At the end of every screening we were all linked by the same feeling, that was shown as a laughter, as a cry, as anger. Every movie was a journey because we never left the theatre the way we got in, but we were more and even more connected. Sometimes I would mistake the day for the night, adrenaline for tiredness, but it didn't matter because at the end of the day I would always think "Oh God, I've been in so many places today!"

This is cinema, and I will never stop being thankful for it.
agis scuola
leoncino d oro
movies
red carpet
venice
venice film festival
Did you like it? Share it!