How (not) to watch a movie with your friends 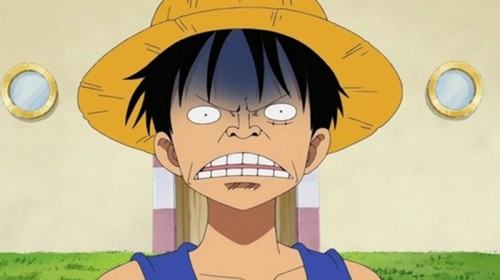 So last week me and my friends decided to watch a movie all together. I invited them to come over and we had already decided the movie to watch (weird right? It usually takes more time to choose that than the movie itself). But, we are good people so we agree on almost everything, almost. Anyway, we decided to watch Inglorious Basterds, which I had already seen but I have no trouble in rewatching a movie I know already and like so much.

Well, maybe this was part of the problem.
But first things first. We decided to prepare popcorn, and why should we go the easy way and just buy the ones you cook in the microwave? So, we bought the ones you cook in the pan, a thing that makes you feel responsible for at least half of the outcome (when the only thing you actually did was put some oil in a pan and spill the corn and wait for it to pop). Unfortunately this joy was taken from us, as we burnt half of the box we used. Maybe if we didn't put 'em all at once? Like somebody said? (It was my sister, my sister is somebody)
It didn't start in the best of ways, let's just say. We eventually sat on the sofa and started watching the movie. Okay, I'll admit that what happened next is a bit of my fault. I am a very difficult person to watch movies with, especially the ones I already know. I can't stand people talking to me but the thing I hate the most is when my guests don't pay attention. I am showing you a movie okay?? I am sharing my greatest treasure with you, something personal that I loved and I think you might too. If. You. Just. Payed. Attention.

You can't text while the movie is beginning, it's literally the most important part! And there comes problem number two.
Yes, because if you get distracted during the movie it's only normal that you miss some points and that leads to... asking questions during the movie. And that really pisses me off. But there's one particular kind of question that makes me loose my mind. And that's when people voice out the doubts the movie itself wants you to wonder about. I'll make an example.

Character we have never seen before, never said a word neither got mentioned by anybody: appears on screen.

Person X who I'm watching the movie with: OMG WHO IS THAT???
OKAY GENIUS WHAT THE HELL SHOULD I TELL YOU???? I mean there's two possibilities.

A) I KNOW who the character is bc I already saw the movie BUT I'M OBVIOUSLY NOT GONNA TELL YOU BECAUSE YOU'LL GET THE ANSWER IN A SHORT TIME ANYWAYS GUESS BY WHO?? THE FUCKING MOVIE ITSELF

B) I DON'T KNOW who the character is bc I've never seen the movie, JUST LIKE YOU, SO HOW THE FUCK WOULD I KNOW?? Don't you think I'm wondering the exact same thing? But as a decent human being, I don't voice out my doubts and wait for the movie to give me my answers.
The night ended with the two of them leaving just before the end of the movie (I will not be commenting this), just for one of them to tell me the day later "You know I didn't really like it". Unbelievable.

Am I overreacting? Maybe. Maybe I'm just asking for too much, or maybe I just need new friends.
friends
inglorious basterds
movie
watching a movie with friends
Did you like it? Share it!