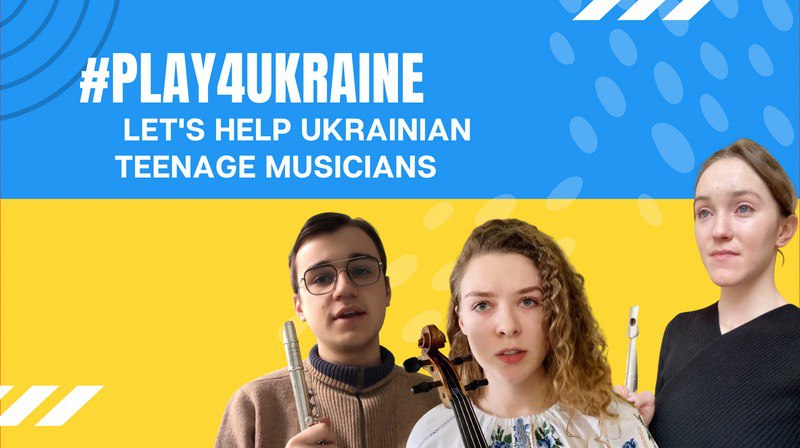 On Friday 25 February, we interviewed Oksana Lyniv, director of the Municipal Theatre of Bologna.

She comes from Ukraine and 6 years ago she founded the "Youth Symphony Orchestra Of Ukraine", an orchestra composed only of Ukrainian girls and boys aged 14 to 22.

The musicians come from all over Ukraine and in these days of war there is no more room for music, some of them have been left without instruments and can no longer retrieve them from the theatres and their schools due to the attack of the Russian military forces.

Now all their concerts have been cancelled because of the war, but the thing that struck us most was the awareness that just a few kilometres from our home there are young people like us who have suddenly found themselves having to fight a war that nobody wants.
They are asking for help to get back to playing music and spreading Ukrainian culture around the world, so we decided to launch a challenge on social media.

If you can sing or play an instrument and want to join in, you can share a story on Instagram with the hashtag #PLAY4UKRAINE by tagging @youth_orchestra_of_ukraine and @onair_radioimmaginaria.

Let's not leave Ukrainian teenagers alone, let's make them feel with music that we are with them and all teenagers living in situations of danger or war.
detective
future
music
play4ukraine
russia
ukraine
war
Did you like it? Share it!