It's Sofia, your friendly neighbourhood superheroes lover. Last week I talked about the Teen Titans and I told you I found a new tv series about this team of superheroes which I think is worthy of continuing the Teen Titans legacy. So, let's talk about "Titans"!

This tv series is pretty dark and its story is a bit different from the cartoon I loved. (If you want to know its story, click here).

The story starts with Rachel Roth, a young girl that has been having some problems. There's something dark inside her, some kind of demonic power. She gets a vision telling her to search for Dick Grayson, a Detroit cop, who's secretly Robin. He left home and Batman because of a 'disagreement' and he's going around the city fighting criminals.

At the same time a woman with green eyes named Kori wakes up next to some people who try to kill her. She remembers nothing about her past. Rachel and Dick will start a journey to get Rachel to safety and they'll meet Kori and a green-haired guy named Garfield. 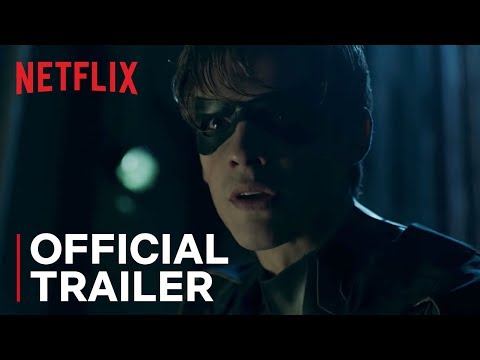 Does all of this ring a bell? If it does, then you'll definitely enjoy this tv series. And if you think the plot seems cool, well, why not give it a go?

This tv series is pretty dark, like many things DC comics makes, so if you're into this kind of stuff, head to Netflix to watch "Titans"! You won't regret it!