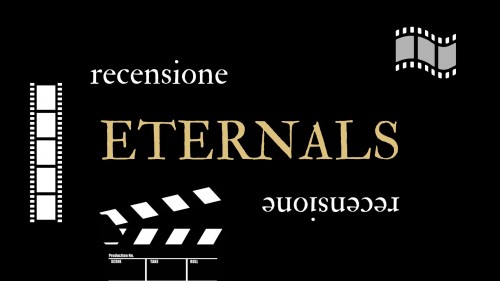 It's finally time to talk about Eternals, a new marvel movie! Don't worry, the first part of this article is spoiler-free and I'll tell you when the spoilers will start.
The Eternals are humanoids created to protect humanity (and the intelligent population of every planet) from the Deviants; creatures whose goal is to destroy the population. The movie follows the story of the ten Eternals who protect Earth.

Now, it's SPOILER TIME! Run to the cinema and watch Eternals if you haven't already, then you can come back to this article.

Sooo first of all, we all need to thank the CGI team and the costume department of this film, cause WOW, the designs are wonderful and the special effects are breath-taking. Also, there was a lot of representation in the movie; from many people of colour, to a deaf character, this movie is a step in the right direction. I just hope Marvel will keep doing this. If you want to know what representation is and why it's so important, click here.

So, Eternals, uh? We had a very large cast, an ensamble of characters who all deserved their time to shine and to be developed. In my opinion, the director did a very good job of developing them and that's also the reason why the film was pretty long. Even though the real protagonist was Sersi, by the end of the movie I felt like I knew all the Eternals.

If you know me even a little bit, you know how much I love mythology. How cool is that they gave their names to so many mythological figures? You know how Circe is pronounced Sersi? Well... Draw your conclusions. I loved this detail so much!
Also, I loved how the main theme was humanity. What does it mean to be human? Well, this movie answers the question and it's really beautiful to see.

So, now we have Harry Styles in the MCU (Marvel Cinematic Universe) and he's Thanos's brother. Whaaat? And what about the second post-credit scene? Wow. To be honest I'm pretty confused, but also very excited. We're in a great era for Marvel and superheroes films in general and I can't wait to see what happens next!

And you? Did you like the movie? Send us an email to [email protected] and let us know!
Byeee.
eternals
film
gay
harrystyles
marvel
marvelcinematicuniverse
mcu
mix
movie
nerd
superhero
superheroes
Did you like it? Share it!